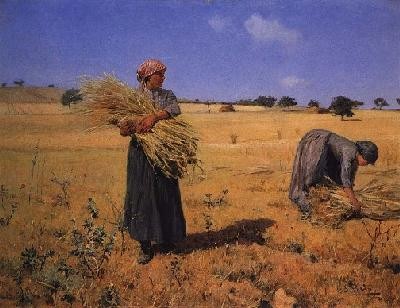 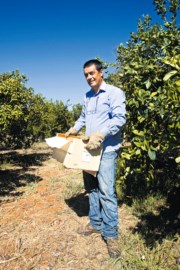 The tech boom of the 1990s was thought to spell the death of plenty of brick-and-mortar companies, but they coexisted with their e-rivals for years. It looks like those days are now coming to an end.

FORTUNE -- We all knew that the 1990s tech boom would change the world. But then a funny thing happened: For years brick-and-mortar companies happily coexisted with their e-rivals. Borders, for instance, actually increased sales from 2000 to 2005 as it dueled Amazon (AMZN). Now those days seem to be ending. Digital companies are so big, and growing so fast, that they're obliterating old businesses. Consider these four examples: The U.S. Postal Service says it will be insolvent by the end of 2011 without a bailout. Blockbuster and Borders have filed for bankruptcy. And music stores keep closing.

The U.S. Postal Service is on track to lose $6 billion this year, as e-mails and texting reduce mail volumes faster than postage fees can rise.

Amazon almost single-handedly bankrupted the No. 2 bookseller in a decade. Barnes & Noble (BKS) is fighting back with its Nook.

ITunes made its debut in 2003, with devastating effects on music retailers. Tower Records went bust in 2004. Musicland folded in 2006. FYE has shriveled. 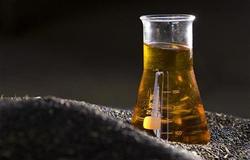 BRUSSELS (Reuters) - Europe's biodiesel industry could be wiped out by EU plans to tackle the unwanted side effects of biofuel production, after studies showed few climate benefits, four papers obtained by Reuters show.

Europe's world-leading $13 billion biodiesel industry, which has boomed in the wake of a decision by Brussels policymakers in 2003 to promote it, is now on the verge of being legislated out of existence after the studies revealed biodiesel's indirect impact cancels out most of its benefits.

"This study would pave the way for the demise of the European biodiesel sector," Philippe Tillous-Borde, chief of French oilseed giant Sofiproteol, which owns Europe's largest biodiesel producer, told Reuters.

The EU has been arguing for two years over the extent of indirect damage to the environment caused by it setting a target of increasing biofuel use to 10 percent of all road fuels by 2020, from less than three percent today.

Its own analysis shows the target may lead to an indirect one-off release of around 1,000 megatonnes of carbon dioxide -- more than twice the annual emissions of Germany.

The emerging picture that the EU has got its policy wrong has proved unpalatable, and the European Commission has refused a Reuters freedom of information request for the latest studies, arguing the public interest of disclosure is insufficient.

However, those documents have now been leaked.

"This would have significant implications for the existing EU biodiesel industry," said one of the leaked reports seen by Reuters, an impact assessment prepared by the Commission.

"The viability of existing investments could be affected in the long run, as the availability of conventional biodiesel feedstocks would be extremely reduced," it said.

The findings could have a major impact on the direction of investments by major oil companies such as BP and Royal Dutch Shell in low-carbon energy sources, and give a boost to firms involved in the development of next-generation biofuels from non-crop sources, such as Danish enzymes producer Novozymes and Spain's Abengoa.

"Any decline in consumption can have a severe impact for households that are already malnourished," said the report from a Commission workshop of international biofuel experts last November.

Biofuels were once seen as a silver bullet for curbing transport emissions, based on a theory that they only emit as much carbon as they absorbed during growth.

But that has been undermined by a new concept known as "indirect land-use change" (ILUC), which scientists are still struggling to accurately quantify.

In essence, it means that if you take a field of grain and switch the crop to biofuel, somebody, somewhere, will go hungry unless those missing tonnes of grain are grown elsewhere.

The crops to make up the shortfall could come from anywhere, and recent research shows the majority of new farmland, possibly as much as 80 percent, is created by cutting down forests.

Burning forests to clear that land can pump climate-warming emissions into the atmosphere, enough in theory to cancel out any of the climate benefits the biofuels were meant to bring.

"The experts unanimously agreed that, even when uncertainties are high, there is strong evidence that the ILUC effect is significant," said the report from the Commission's November workshop.

"The land use change effects make nearly half of the expected gains of shifting from fossil fuels to renewable biofuels disappear," said a third report by the International Food Policy Research Institute (IFPRI) for the EU.

"The EU must stop brushing the problem under the carpet."

But many in the biodiesel industry -- which accounts for around 80 percent of all biofuels -- argue the science is still too uncertain to legislate.

"It would be totally contradictory to act on the basis of results produced by a model that relies on false, poorly researched hypotheses," said Sofiproteol's Tillous-Borde.

Yet, scientists are starting to agree on a clear sustainability ranking, after four in-depth EU studies in 2010 and three more in 2011, with bioethanol seen as a better option due to higher energy content in the plants used to produce it.

"Ethanol feedstocks have a lower land use change effect than the biodiesel feedstocks. For ethanol, sugar beet has the lowest land use emission coefficients," said the IFPRI report.

The Commission's impact analysis predicts EU demand for biodiesel will collapse if their indirect impacts are taken into account in EU legislation. But at the same time it sees a sharp rise in demand for bioethanol from cereal crops and sugarcane, as well as advanced biodiesel produced from algae.

"Ethanol production capacity would need to be increased significantly to make up for the increased demand," it said.

The report said this shift in demand would be reflected in commodity markets, pushing down vegetable oil prices and to a lesser extent increasing the cost of sugar and grains.