In photosynthesis, solar energy is captured and used to produce chemical fuel by a photosynthetic organism. This project is designed to improve the efficiency of this capture and conversion by: 1) separating them into two types of cells: one that captures solar energy and another "factory" cell that produces fuel; and 2) enabling these two different types of cells to communicate with one another via the flow of electrical currents between them. Compartmentalizing the processes of energy capture and fuel production into two different types of cells will allow researchers to optimize environments for each process, and thereby improve the efficiency of each process. (Credit: Zina Deretsky, NSF)

ScienceDaily (Mar. 29, 2011) — Scientists in the United States and the United Kingdom have been awarded funding totaling more than $10.3 million to improve the process of biological photosynthesis. The U.S. National Science Foundation (NSF) and the U.K. Biotechnology and Biological Sciences Research Council (BBSRC) collaborated in issuing these jointly funded awards.

Photosynthesis allows biological systems to use sunlight and carbon dioxide to produce sugars and oxygen. This process is ultimately responsible for the food we eat and the fossil fuels we burn today.

Four transatlantic research teams will explore ways to overcome limitations in photosynthesis that could lead to the development of new methods for significantly increasing the yields of important crops for food production and/or sustainable bioenergy.

The funding agencies used a novel method called an "Ideas Lab" that led to these awards. Ideas Labs are based on the "Sandpit" concept initially developed by the Engineering and Physical Science Research Council (EPSRC) and are designed to stimulate new conversations about old problems.

In September 2010, an Ideas Lab was held in Asilomar, Calif. that focused on stimulating thinking in promising new, or currently under-developed, research areas relevant to photosynthesis. The workshop's goals were to develop innovative and transformative ideas on how to enhance photosynthesis through a multi-disciplinary approach and to bring together researchers to explore new and exciting avenues for future research in photosynthesis across all disciplines.

The result was the generation and real-time review of high-risk but potentially high-impact proposals for increasing the efficiency of photosynthesis.

NSF and the BBRC are now releasing four awards for proposals--each of which addresses a different bottleneck in photosynthesis--that were produced through the alternative approach pioneered at the Ideas Lab. NSF is contributing a total of $5.2 million to support U.S. participants in these projects.

"Photosynthesis is essential for life on Earth," said Joann Roskoski, NSF's acting assistant director for Biological Sciences. "By providing food and generating oxygen, it has made our planet hospitable for life. This process is also critical in addressing the food and fuel challenges of the future. For decades, NSF has invested in photosynthesis research projects that range from biophysical studies to ecosystem analyses at a macroscale. The Ideas Lab in photosynthesis was an opportunity to stimulate and support different types of projects than what we have in our portfolio in order to address a critical bottleneck to enhancing the photosynthetic process."

BBSRC's Director of Research Janet Allen said, "Photosynthesis has evolved in plants, algae and some other bacteria and in each case the mechanism does the best possible job for the organism in question. However, there are trade-offs in nature which mean that photosynthesis is not as efficient as it could be--at around only five percent, depending on how it is measured. There is scope to improve it for processes useful to us by, for example, increasing the amount of food crop or energy biomass a plant can produce from the same amount of sunlight. This is hugely ambitious research but if the scientists we are supporting can achieve their aims it will be a profound achievement."

Joanne Tornow, NSF's acting executive officer for Biological Sciences added that "The Ideas Lab is an innovative method for generating new ideas and building new teams of researchers that will undertake potentially transformative projects in areas of high impact, such as photosynthesis. Although NSF's award portfolio is already filled with exciting investments that hold great potential for advancing the frontiers of knowledge, trying new approaches could result in expanding the portfolio in new and unanticipated ways."

The four projects that were selected for funding at the Ideas Lab will conclude in about three years.

"The world faces significant challenges in the coming decades--and chief among these is producing enough sustainable and affordable food for a growing population and replacing diminishing fossil fuels," said Allen. "Even a small change to the efficiency of photosynthesis would make a huge impact on these problems. As these are global challenges, it is apt that we are working across national and scientific boundaries to put together truly international and multidisciplinary research teams."

When the four funded projects conclude, the two funding agencies will examine the approaches taken by these projects for addressing photosynthetic energy in order to determine whether the Ideas Lab approach realized its potential to generate novel and potentially transformative outcomes.

The countries with the biggest share of academic citations

SCIENCE is becoming bigger and more global. That, at least, is the conclusion of a report published by Britain's Royal Society, the world’s oldest scientific academy. Emerging scientific nations are gaining influence, as measured by how often their researchers get cited in peer-reviewed journals. China and Spain, with 4% and 3% of global citations in 2004-2008, respectively, pushed Australia and Switzerland out of the top ten for the previous five years. Countries like the United States and Britain retain the the most clout, though. Together they still account for 38% of global citations in 2004-2008, down from 45% in the previous five years. Boffins the world over are also citing more eagerly, on average, than they used to. Citations grew by 55% between 1999-2003 and 2004-2008. Meanwhile, the number of published papers grew by just 33%. The growth in citations could be partly down to an increase in the proportion of published papers that are the product of international collaboration to 35% of the total, up from 25% 15 years ago.

Knowledge, networks and nations - a report of The Royal Society

A new domain of life

Plenty more bugs in the sea 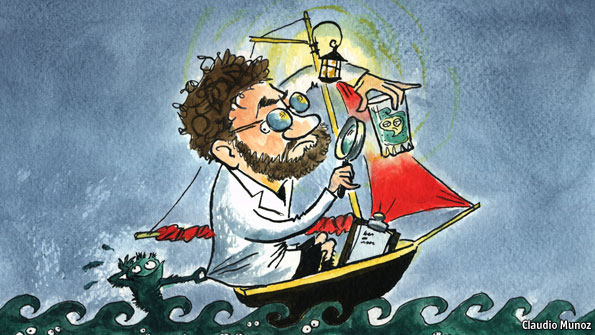 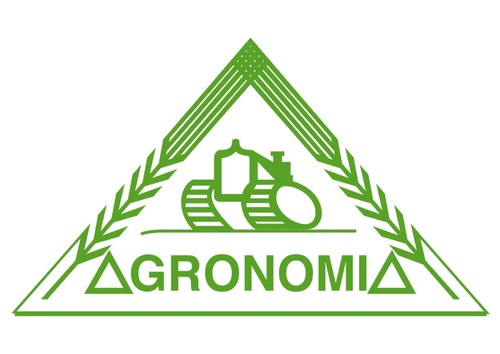