We have met the enemy and he is Powerpoint

We Have Met the Enemy and He Is PowerPoint

WASHINGTON — Gen. Stanley A. McChrystal, the leader of American and NATO forces in Afghanistan, was shown a PowerPoint slide in Kabul last summer that was meant to portray the complexity of American military strategy, but looked more like a bowl of spaghetti.

“When we understand that slide, we’ll have won the war,” General McChrystal dryly remarked, one of his advisers recalled, as the room erupted in laughter. 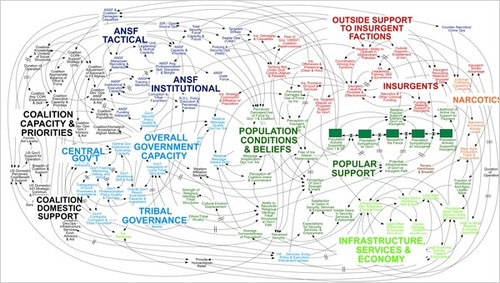 The slide has since bounced around the Internet as an example of a military tool that has spun out of control. Like an insurgency, PowerPoint has crept into the daily lives of military commanders and reached the level of near obsession. The amount of time expended on PowerPoint, the Microsoft presentation program of computer-generated charts, graphs and bullet points, has made it a running joke in the Pentagon and in Iraq and Afghanistan.

“PowerPoint makes us stupid,” Gen. James N. Mattis of the Marine Corps, the Joint Forces commander, said this month at a military conference in North Carolina. (He spoke without PowerPoint.) Brig. Gen. H. R. McMaster, who banned PowerPoint presentations when he led the successful effort to secure the northern Iraqi city of Tal Afar in 2005, followed up at the same conference by likening PowerPoint to an internal threat.

“It’s dangerous because it can create the illusion of understanding and the illusion of control,” General McMaster said in a telephone interview afterward. “Some problems in the world are not bullet-izable.”

In General McMaster’s view, PowerPoint’s worst offense is not a chart like the spaghetti graphic, which was first uncovered by NBC’s Richard Engel, but rigid lists of bullet points (in, say, a presentation on a conflict’s causes) that take no account of interconnected political, economic and ethnic forces. “If you divorce war from all of that, it becomes a targeting exercise,” General McMaster said.

Commanders say that behind all the PowerPoint jokes are serious concerns that the program stifles discussion, critical thinking and thoughtful decision-making. Not least, it ties up junior officers — referred to as PowerPoint Rangers — in the daily preparation of slides, be it for a Joint Staff meeting in Washington or for a platoon leader’s pre-mission combat briefing in a remote pocket of Afghanistan.

Last year when a military Web site, Company Command, asked an Army platoon leader in Iraq, Lt. Sam Nuxoll, how he spent most of his time, he responded, “Making PowerPoint slides.” When pressed, he said he was serious.

Despite such tales, “death by PowerPoint,” the phrase used to described the numbing sensation that accompanies a 30-slide briefing, seems here to stay. The program, which first went on sale in 1987 and was acquired by Microsoft soon afterward, is deeply embedded in a military culture that has come to rely on PowerPoint’s hierarchical ordering of a confused world.

“There’s a lot of PowerPoint backlash, but I don’t see it going away anytime soon,” said Capt. Crispin Burke, an Army operations officer at Fort Drum, N.Y., who under the name Starbuck wrote an essay about PowerPoint on the Web site Small Wars Journal that cited Lieutenant Nuxoll’s comment.

In a daytime telephone conversation, he estimated that he spent an hour each day making PowerPoint slides. In an initial e-mail message responding to the request for an interview, he wrote, “I would be free tonight, but unfortunately, I work kind of late (sadly enough, making PPT slides).”

Defense Secretary Robert M. Gates reviews printed-out PowerPoint slides at his morning staff meeting, although he insists on getting them the night before so he can read ahead and cut back the briefing time.

Gen. David H. Petraeus, who oversees the wars in Iraq and Afghanistan and says that sitting through some PowerPoint briefings is “just agony,” nonetheless likes the program for the display of maps and statistics showing trends. He has also conducted more than a few PowerPoint presentations himself.

General McChrystal gets two PowerPoint briefings in Kabul per day, plus three more during the week. General Mattis, despite his dim view of the program, said a third of his briefings are by PowerPoint.

Richard C. Holbrooke, the Obama administration’s special representative for Afghanistan and Pakistan, was given PowerPoint briefings during a trip to Afghanistan last summer at each of three stops — Kandahar, Mazar-i-Sharif and Bagram Air Base. At a fourth stop, Herat, the Italian forces there not only provided Mr. Holbrooke with a PowerPoint briefing, but accompanied it with swelling orchestral music.

Commanders say that the slides impart less information than a five-page paper can hold, and that they relieve the briefer of the need to polish writing to convey an analytic, persuasive point. Imagine lawyers presenting arguments before the Supreme Court in slides instead of legal briefs.

Captain Burke’s essay in the Small Wars Journal also cited a widely read attack on PowerPoint in Armed Forces Journal last summer by Thomas X. Hammes, a retired Marine colonel, whose title, “Dumb-Dumb Bullets,” underscored criticism of fuzzy bullet points; “accelerate the introduction of new weapons,” for instance, does not actually say who should do so.

No one is suggesting that PowerPoint is to blame for mistakes in the current wars, but the program did become notorious during the prelude to the invasion of Iraq. As recounted in the book “Fiasco” by Thomas E. Ricks (Penguin Press, 2006), Lt. Gen. David D. McKiernan, who led the allied ground forces in the 2003 invasion of Iraq, grew frustrated when he could not get Gen. Tommy R. Franks, the commander at the time of American forces in the Persian Gulf region, to issue orders that stated explicitly how he wanted the invasion conducted, and why. Instead, General Franks just passed on to General McKiernan the vague PowerPoint slides that he had already shown to Donald H. Rumsfeld, the defense secretary at the time.

Senior officers say the program does come in handy when the goal is not imparting information, as in briefings for reporters.

The news media sessions often last 25 minutes, with 5 minutes left at the end for questions from anyone still awake. Those types of PowerPoint presentations, Dr. Hammes said, are known as “hypnotizing chickens.”

Cereals is Europe's leading event for the arable sector, and more than 26,500 visitors and 400 exhibitors are expected to pass through the gates at host farmer Robert Law's land on the Cambridgeshire/Hertfordshire border


To help you make the most of your visit, Farmers Weekly has pulled together some of the key technical and business highlights that this unmissable event has to offer.

A total of 30 companies will be presenting more than 90 crop plots, offering the chance for many growers to see innovations first-hand. But what gives these small crop areas a real buzz is the direct contact they provide to some of the country's leading researchers, plant breeders and technical managers.

Within the crop plots you will see literally hundreds of varieties, those already on the Recommended List or the candidate cereal, oilseed rape, pulse and sugar beet varieties. The HGCA has 135 different varieties on their stand and Nickerson will have 52.

Other new varieties on show include KWS Santiago and KWS Podium, the only milling wheat up for Recommendation this year and KWS Cassia, a two-row feed barley from the same breeding programme as Saffron.

Syngenta Seeds will be launching its winter malting barley varieties Winsome and Purdey, plus the new nabim Group 2 winter wheat variety, Kingdom; while Monsanto will be announcing DK ExPower and DK Sequoia, the first low-biomass hybrid.

The plots will also represent the latest thinking in agronomics, rotation and disease management, as well as giving visitors first-hand access to the new carboxamide fungicide chemistry from Syngenta and Bayer.

The Oxford Farming Conference is joining forces with the Cereals Event to launch a new summer conference. Debates will be run on both days with different panellists.

The afternoon (2.30pm) sessions will debate the Campaign for the Farmed Environment: Is the campaign working and is it commercially viable? Panellists include Aileen Kirmond (Environment Agency), Andrew Brown (Farmer/environmentalist) and Cereals host farmer Robert Law, who is an OFC Council member.

There will be 52 trailed, mounted and self-propelled sprayers from more than 23 manufacturers in Syngenta's Sprays & Sprayers arena making it one of the biggest and broadest demonstrations at the event.

Boom widths range from 24m to 40m, tank capacities up to 6600 litres and forward speeds close to 50km/hour. Two machines will be launched; the much anticipated Challenger RoGator 600 self-propelled sprayer range and Amazone's UX6200 Super - with its 6600-litre tank it is aimed at contractors and large-scale farmers. Syngenta will present the ever-popular Farm Sprayer Operator of the Year award.

Plenty of machinery will be put through its paces in the working demonstrations which take place on both days of Cereals. Several new pieces of kit are on display for the first time, including Claas's 524hp Xerion 5000 and the Massey Ferguson 9280 Delta "hybrid" combine. Simba is launching its 4.5m and 6m FlatLiner models and there will also be several new features and upgrades on Vaderstad's Rapid, Spirit and Seed Hawk drill ranges. Grimme's new six-row trailed sugar beet harvester, the Rootster 604, will also be on site.

The Renewables exhibition area will focus on green energy generation and supply opportunities for UK farms. It's sponsored by Drax Power and supported by the National Non-Food Crops Centre (NNFCC).

Drax Power is keen to develop a stronger biomass supply chain in the UK while Agrovista is sharing part of its stand with SmartestEnergy, the UK's leading purchaser of independently generated energy.

Enagri will be launching the new Directory of UK Biomass Power Plants 2010, which assesses the potential scale of the UK biomass-to-electricity market over the next five years. 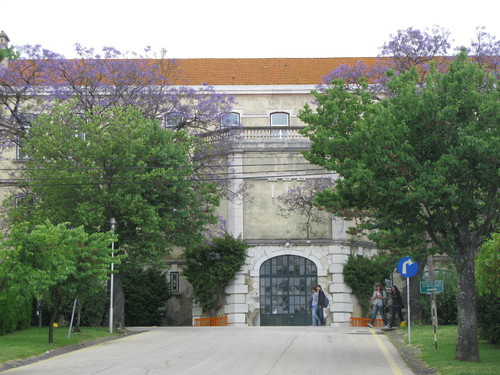